In episode 5 of BE Podcasting, we speak with the Head of Audible Australia and New Zealand, Matthew Gain about audiobooks.

Based in Sydney, Audible.com.au is the audio content arm of the American e-commerce behemoth, Amazon.

The company has tapped into Aussies’ embrace of audio listening, particularly audiobooks as a convenient alternative to traditional books.

According to Matthew Gain, 15.9 million hours of audio was consumed by its database of subscribers, which equates to 1815 years of listening.

So, why are Australians embracing audiobooks?

“We’re busy – we’re flat out as Australians,” says Matthew. “We did some research and over 2.5 million Australians had not read a book in over 3 years.”

“People have longer and longer commutes than ever before,” Matthew insists. “The average commute across Australia is around about 93 minutes a day, which is a lot of time – if you are on a crowded train, or a crowded bus or a tram or driving in your car – it’s a lot of time you could be listening.”

The choice of narrator is important

Audible has commissioned audiobook versions of many of Australia’s popular new releases, including Melbourne Cup winning jockey, Michelle Payne, whose book Life as I know it was narrated by Australian actress, Pia Miranda of Waiting for Alibrandi fame.

“We have relationships with authors and publishers and we work very closely typically with the author to find the right narrator for the audiobook.

“If you’re listening to an Australian story with lots of Australian names, the last thing you want is an American narrator mispronouncing Woolloomooloo or Toorak [or] Bonnie Doon. 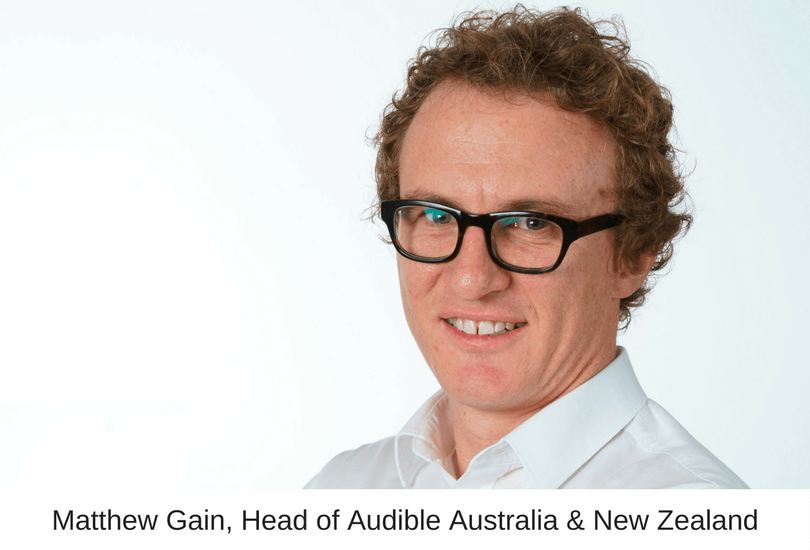 “We want to make sure that the narrator has a strong connection to the story. It’s a really important part for us. We know if we don’t get that right it can just jar.”

So, we put a really big emphasis on matching narrators to the story.”