Lessons from a veteran interviewer: Andrew Denton on Game Changers

One of my favourite podcasts is Game Changers, produced and hosted by former radio broadcaster Craig Bruce. Craig has intimate and fascinating conversations with current and former radio personalities.

A recent episode was with Andrew Denton, not only one of Australia’s best interviewers in front of a camera or behind a microphone but a talented producer.

Andrew offers his thoughts on interviewing and how to get the most out of his guests. They are powerful lessons for any podcaster.

One example was the meticulous research Andrew and his team would do on his guests for the award-winning ABC television show, Enough Rope.

Andrew says “There’s just not too much information I can have” when it comes to preparing for an interview.

Few podcasters have that luxury of time, but it’s worth understanding the lengths Andrew and his team would go through in order to deliver the best interview. 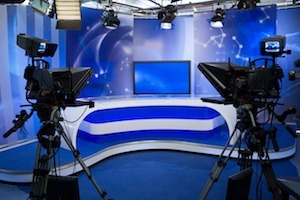 When he interviewed REM‘s Michael Stipe, Andrew had read something which he thought would work powerfully to replicate in the interview: when Michael had decided to become musician, he ate a bowl full of cherries while listening to Patti Smith’s album, Horses.

The night Michael was on Enough Rope, Andrew says “So we actually brought out a table with an old record player with Patti Smith’s Horses and a bowl full of cherries, and he went, ‘Oh my God! Nobody’s gone to such efforts to evoke a memory before.'”

Michael’s producer said that it was the most relaxed he’d ever seen Michael in an interview. Doing the research, connecting the dots, and making it entertaining is just part of the interview.

The performance, though, is not easy, says Andrew. “It’s very hard to find somebody with the right skill set. And part of that skill set – which I think comes with age and experience – is actually knowing when to shut up.”

“It’s just hard finding people who can do it really well,” he insists

To listen to the full interview:

For more ideas on podcast production, read our tips.