Getting discovered on a podcast app – an insider’s secret!

“That’s the million-dollar question!” says Russell Ivanovic, founder and creator of Shifty Jelly and creator of Pocket Casts, one of the world’s most popular podcast apps.

The question is: how do you get your podcast discovered on his app?

To achieve the honour of being featured on these platforms, your podcast first needs to excite internal algorithms, before being manually chosen by the likes of Russell and his team.

“We have an algorithm that looks through new and upcoming podcasts and tries to pick out ones that potentially don’t have a lot of subscribers, that have just started, that look like there’s some potential there. And it’ll surface, let’s say, 50 of those, just in an interface for us.

“And we’ll look through those. We’ll be thinking about what trends are going on in the world. You know, did the football season just kick off in the UK, or is something happening in Australia, or is something happening in the U.S.? And we’ll look through that podcast list and then we’ll pick maybe three or four to listen to, and then we’ll pick one to feature.” 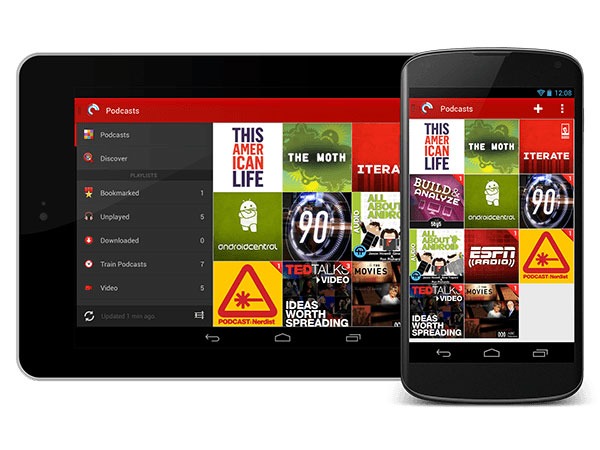 So, a podcast needs to have some kind of surge in numbers, either when it’s launched or sometime in the life of the podcast series.

Many podcasters launch a podcast with 3 or 4 or 5 episodes at once for the sole purpose of getting noticed by Apple or podcast apps like Pocket Casts.

If you can secure, say, 100 subscribers within the first 72 hours of launch, then theoretically the number of downloads will multiply by the number of episodes launched, assuming all episodes are downloaded together.

A podcast with a surge of 500 may grab the attention of someone like Russell, who will then decide if it’s worthy of taking up precious real estate on the app.

But, it doesn’t have to be at launch date – a surge any time can get his attention.

“Are you getting a lot of subscribers in our app over the last 72 hours?” asks Russell. “Let’s say you’ve been running your podcast for three years and suddenly you get Barack Obama or someone on there, and one of your shows goes through the roof.”

And this is where good artwork is crucial.

“Insider secret: we tend to only pick podcasts that have good-looking artwork,” Russell insists. “If you can tell that someone hasn’t put a lot of effort into their artwork – maybe it’s on a white background, it’s in Times New Roman, and there’s no design gone into it – then we’re very unlikely to stick that into our app as the featured podcast of the day, because that’s a lot of real estate in your app to uglify.”

Then there is the podcast quality itself. 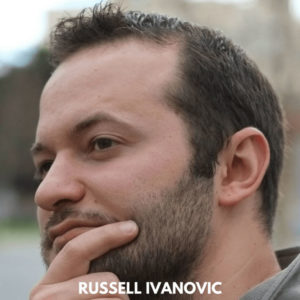 Russell says a podcast featured on Pocket Casts can command anywhere from an extra 1000 to 50,000 subscribers. Whether they stay is another question.

But with so many more podcasts being launched than featured spots to put them, is it worth worrying about it? Pocket Casts features just two a week.

“If all you’re relying on is being featured by someone, then you’re literally playing the lottery,” Russell says.

“If you can get featured by Pocket Casts or Apple or someone, great, that’s a bonus. But, I really don’t think it’s the be all and end all. You really have to have a solid marketing strategy around your actual podcast that you’re trying to launch that doesn’t include potentially being featured on those two platforms.”

And that’s the point: Don’t worry so much about being featured. Instead, focus on marketing to your key audience through other channels. And concentrate on making a good podcast: good talent, good microphones, great editing, top-notch artwork, with regularity and consistency.

If you’d like to improve the quality of your podcast to make it easier to get discovered by podcasting platforms, like Pocket Casts, then contact us here at BE Media Production.